Flete Point to Point winners all round 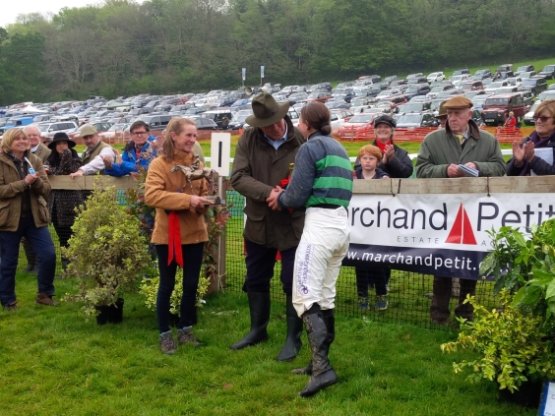 Attracting a total of 80 entries, competitive racing was assured at the Modbury Harriers Point to Point held at Flete Park, near Ermington.

The Flete Races have one of the biggest followings in the South West Point-to-Point calendar and this second meeting, on the lovely parkland course, attracted an expectant crowd and great festivity as the first, of two, pony races kicked off the racing at 1pm.

Centrally, there is a great vantage point for spectators on this hilly demanding course and Marchand Petit one of the sponsors hosted their hospitality stand nearby, overlooking the final fence and finishing straight. Along with Wolf Rock Boat Company and Subura UK.

Stuart Cartwright MRICS, Director commented: “We were thrilled to sponsor the Club Members Conditions race and to see local trainer Nikki Frost in the winner’s enclosure again with Archie Rice.”

South Hams Fencing & Landscaping, from Harbertonford, were the main partner who provided the much-admired pony fencing around the firm’s gazebo to create a sheltered and comfortable area for guests and visitors.

One happy race goer was Jean Levoi, from Plymouth, who won the hamper in the prize draw, brimming with fresh local produce supplied by Pretty Local and the Seaside Cookie Company.  Jack Northmore, 6 years old, picked the winning entry on the day.

Crowds were treated to a fabulous day of racing at Flete Park with the Modbury Harriers, for further information please contact Marchand Petit’s Modbury office on 01548 831163, email: modbury@marchandpetit.co.uk.