Historical jetty reinstated as part of redevelopment of The Yealm. 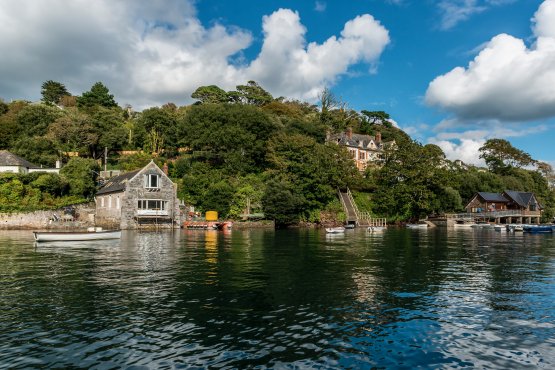 Marchand Petit, South Hams leading estate agents, are delighted to announce that their clients Red Earth have been granted planning consent to reinstate part of the old jetty at their landmark redevelopment of The Yealm.

In a significant development for Newton Ferrers, the former River Yealm Hotel is being sensitively restored and transformed into six expansive lateral apartments, together with new homes in the grounds.

In total, 15 luxury riverside and woodland homes will be created in keeping with this Area of Outstanding Natural Beauty.

The River Yealm and its estuary has a long and significant history, and has always played a key part in the day to day life of the twin coastal villages of Newton Ferrers and Noss Mayo that lie along its verdant banks.

“The previous jetty was a landmark feature in this peaceful natural harbour from the early 1900’s.  The opening in 1898 of the Great Western Railway from Yealmpton to Plymouth, with a station at Steer Point, drew an influx of visitors using railway and steamers to access the villages.  The jetty below the hotel was the main landing point for passengers arriving by the various ferry services, at what was then a longer jetty, part of which we are now reinstalling.”

The foot ferry which seasonally crosses from the Yealm Steps, still carries passengers today across The Pool to Warren Point and Cellar Beach and is particularly popular with walkers on the South West Coastal Path.

“The original idea for the hotel was that it would provide accommodation for the potential purchasers of the building plots which became available from a land deal in Newton Ferrers back in 1891. So, in a way, things have gone full circle and it’s very exciting to see this well loved building coming back to life again.  Direct access to the sea is always high on buyers wish lists .”