Fund raising down to a tee 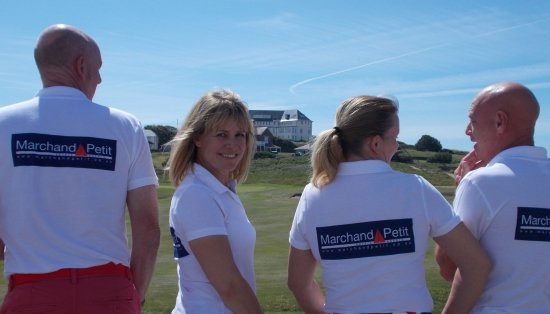 The course, designed by Harry Colt, is a mix of links and cliff-top terrain and is understandably one of the most popular to play in the South Hams.

The 2017 Kingsbridge Rugby Club Charity Golf Day was another enjoyable and memorable days' tournament. It was the third time that Thurlestone Golf Club had generously hosted the event

Raising funds for Devon Air Ambulance and KRFC, the 23 teams had glorious sunny weather for the duration.

The format for the competition was “waltz” time as in previous years.  Stapleford points, full handicap.

Toby Russell, Community Landing Sites Development Officer for Devon Air Ambulance awarded the Prizes after the evenings delicious dinner and thanked the assembled players and guests for their valued contribution and on-going support.

Malcom Gloster, from the winning team, had previously had first-hand experience of the exemplary work that the Air Ambulance perform – when he had a fall on a Devon coastal path and cut his head badly. The crew landed to attend to his wounds and take him to Derriford Hospital, in Plymouth.  He commented “the two helicopters allow the Devon Air Ambulance to reach emergency scenes, often inaccessible by road, within minutes.  I was and still am exceedingly grateful for their expertise”.

Toby added “as an independent charity, every penny raised directly benefits our local Air Ambulance, who have flown over 24,460 mission, they are now flying in hours of darkness up to midnight and facilities such as those provided by the Rugby Club are proving vital.”

The events have so far raised around £6000 for the Air Ambulance and a similar amount for the Rugby Club.