Swimmers take to the water in support of men’s health 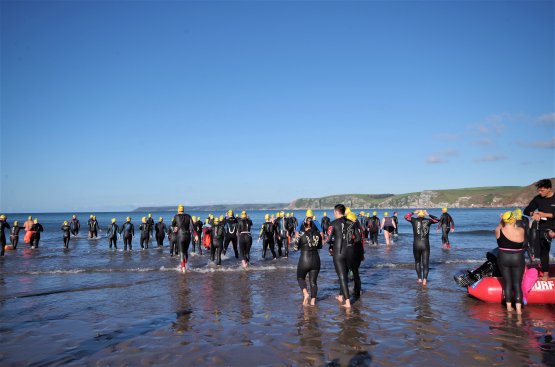 The men’s health charity raises awareness of prostate cancer, testicular cancer and penile cancer.  It was founded in 1999 at Derriford Hospital and is now at the forefront of men’s health issues and care across the region.

The tenacious swimmers took the plunge to swim the mile plus course around the iconic Burgh Island, made famous as a favourite getaway for Agatha Christie - supported by well-wishers and families, some traveling from as far afield as London and the home counties.

Helen Harris, Modbury Sales Manager commented: “Burgh Island is one of the most spectacular round island swims in the UK.  We’re delighted to be supporting such a worthwhile cause and important charity.”

Jennifer Harrison, Marketing Manager added: “It was fantastic to see so many swimmers take part to raise funds for the cause.  The conditions were perfect and it was such a wonderful atmosphere with Burgh Island supplying hot drinks and local fudge in re-useable commemorative mugs that the swimmers then took home.”