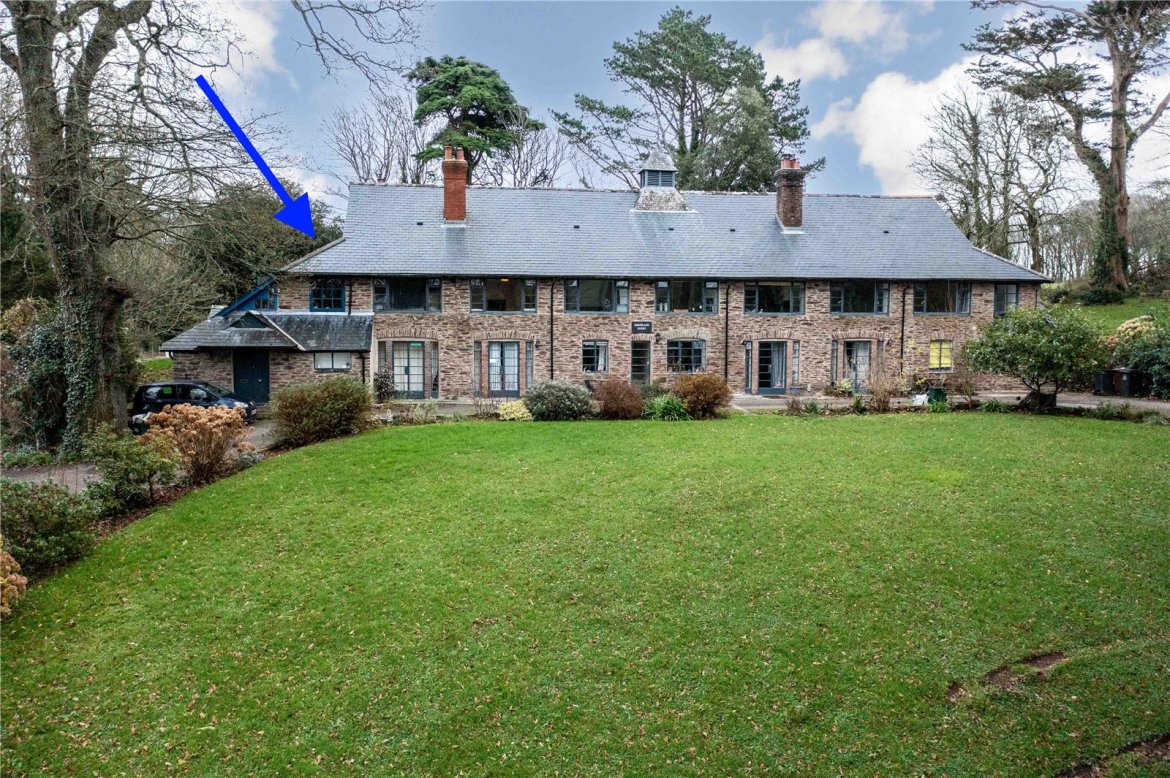 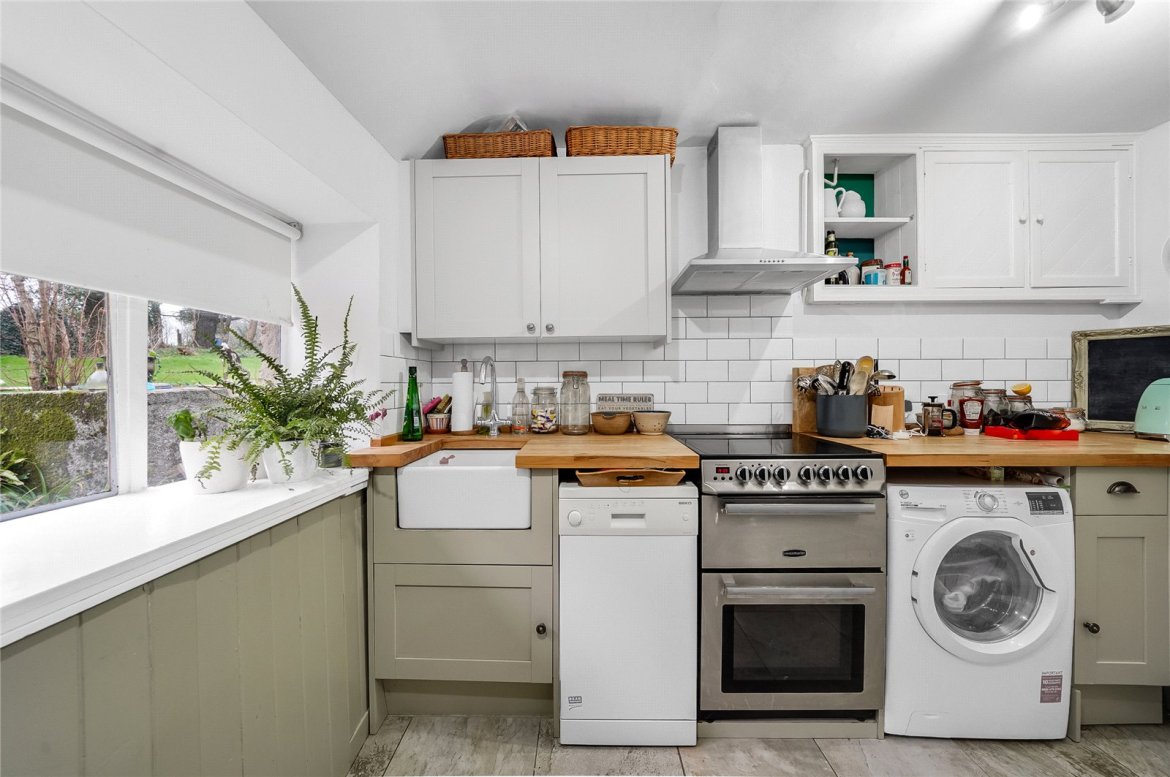 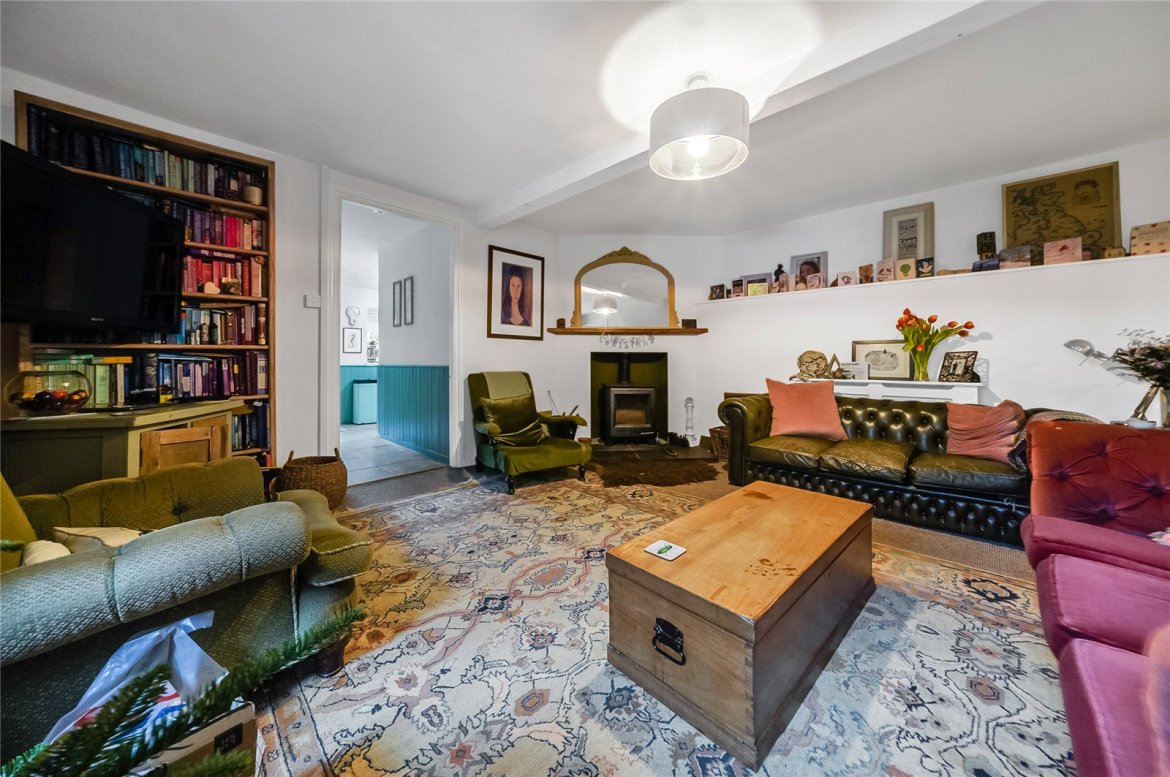 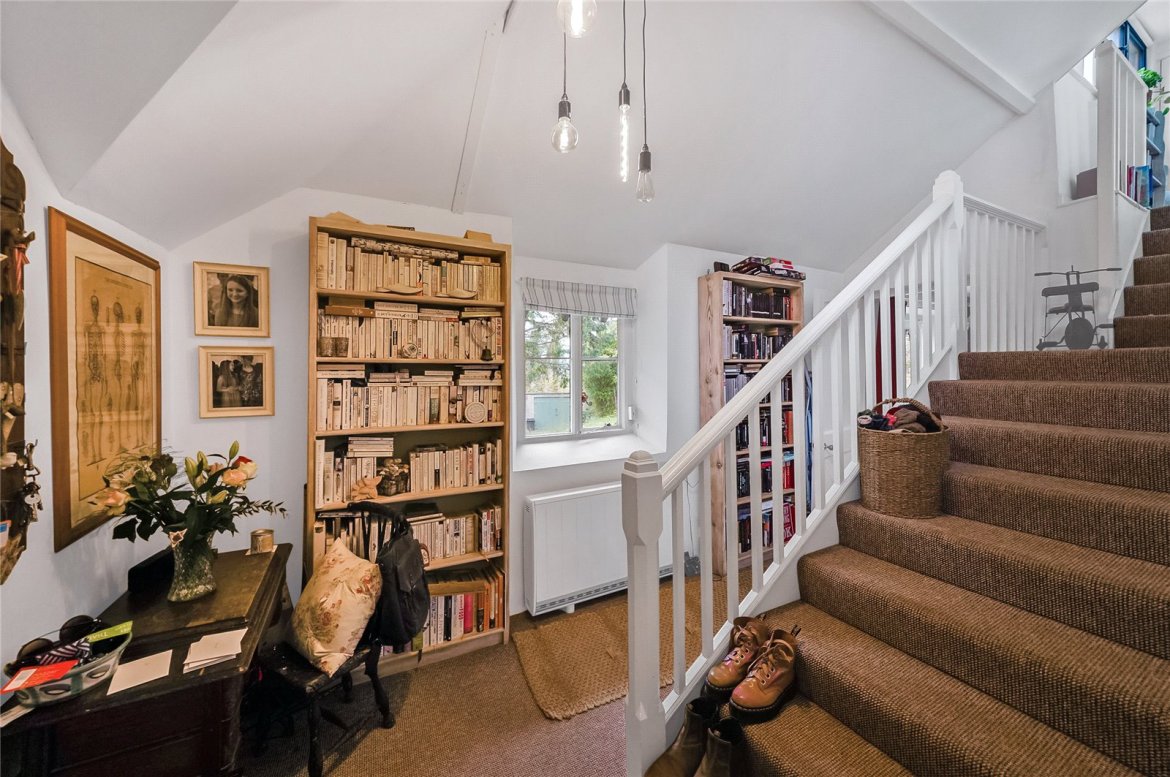 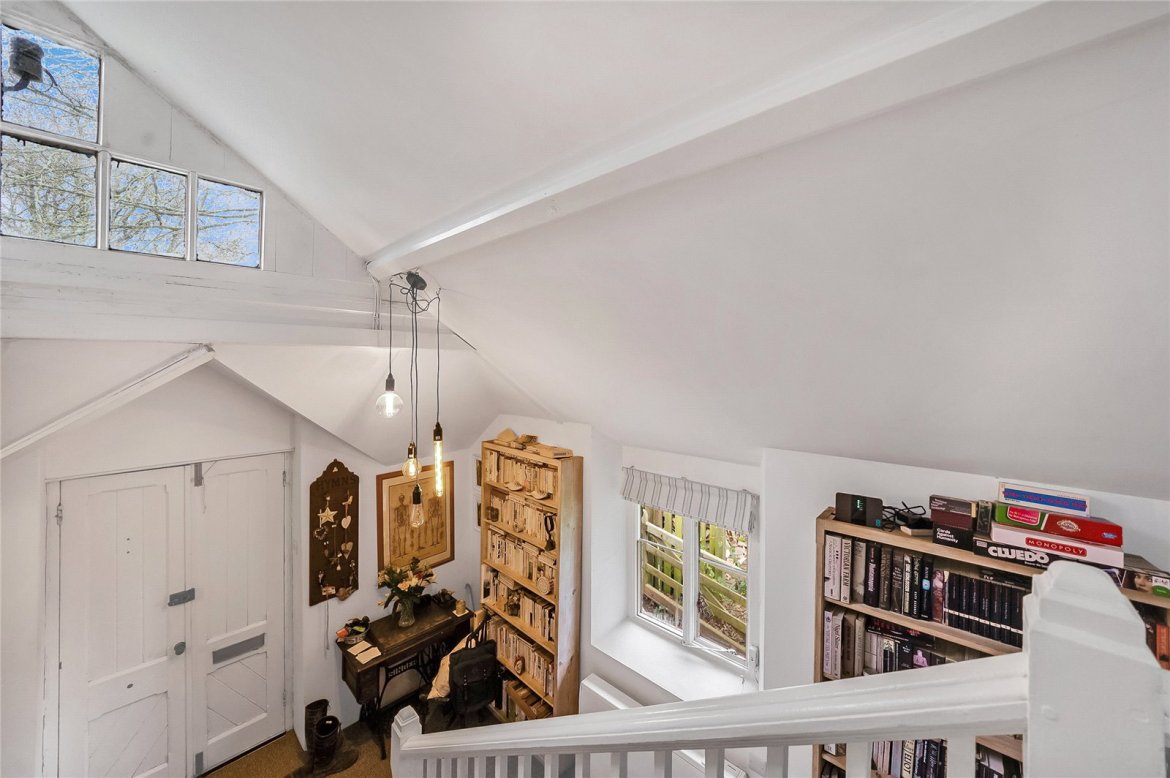 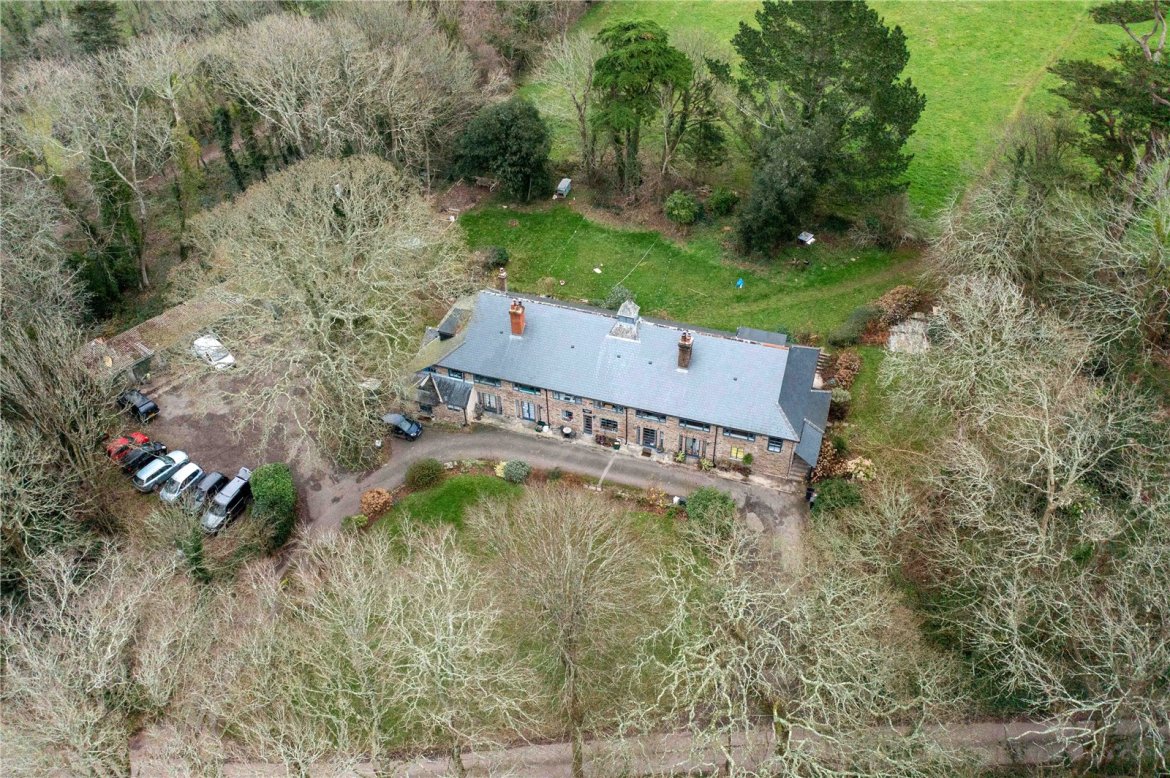 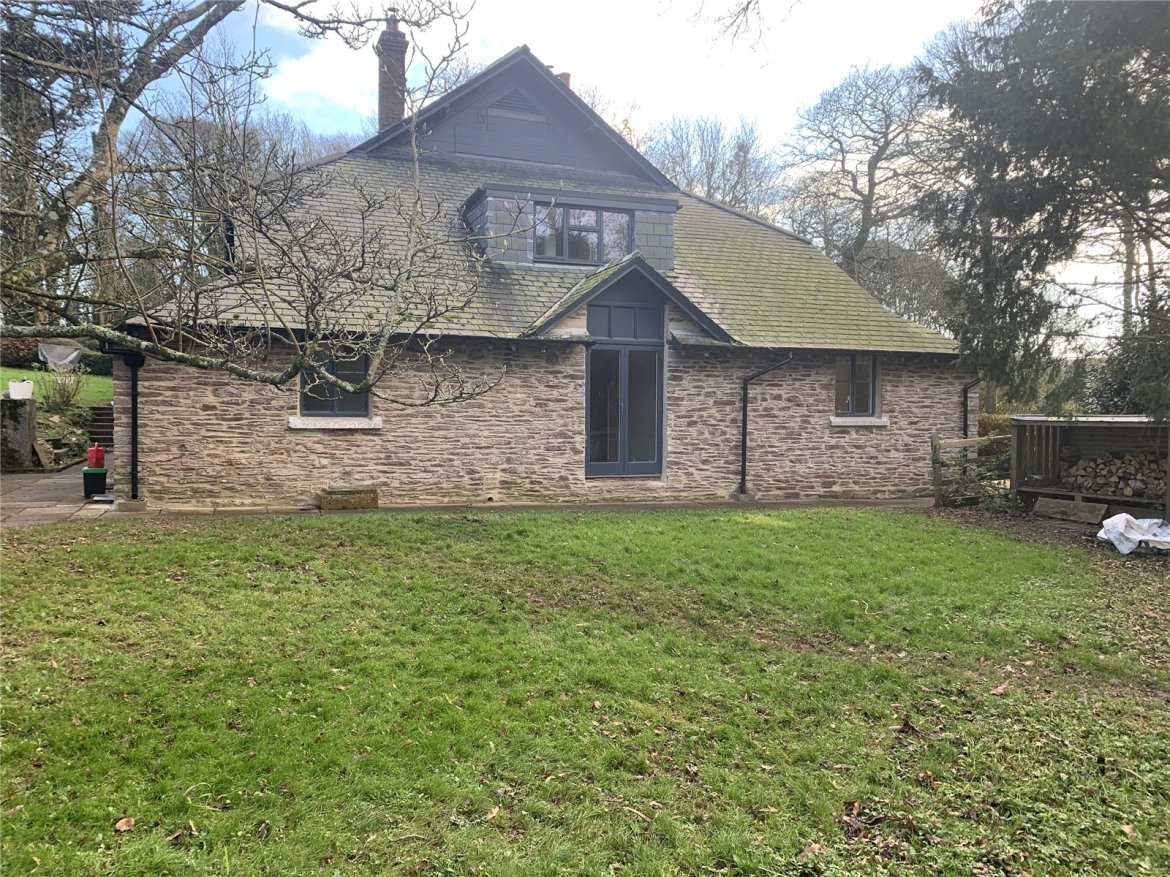 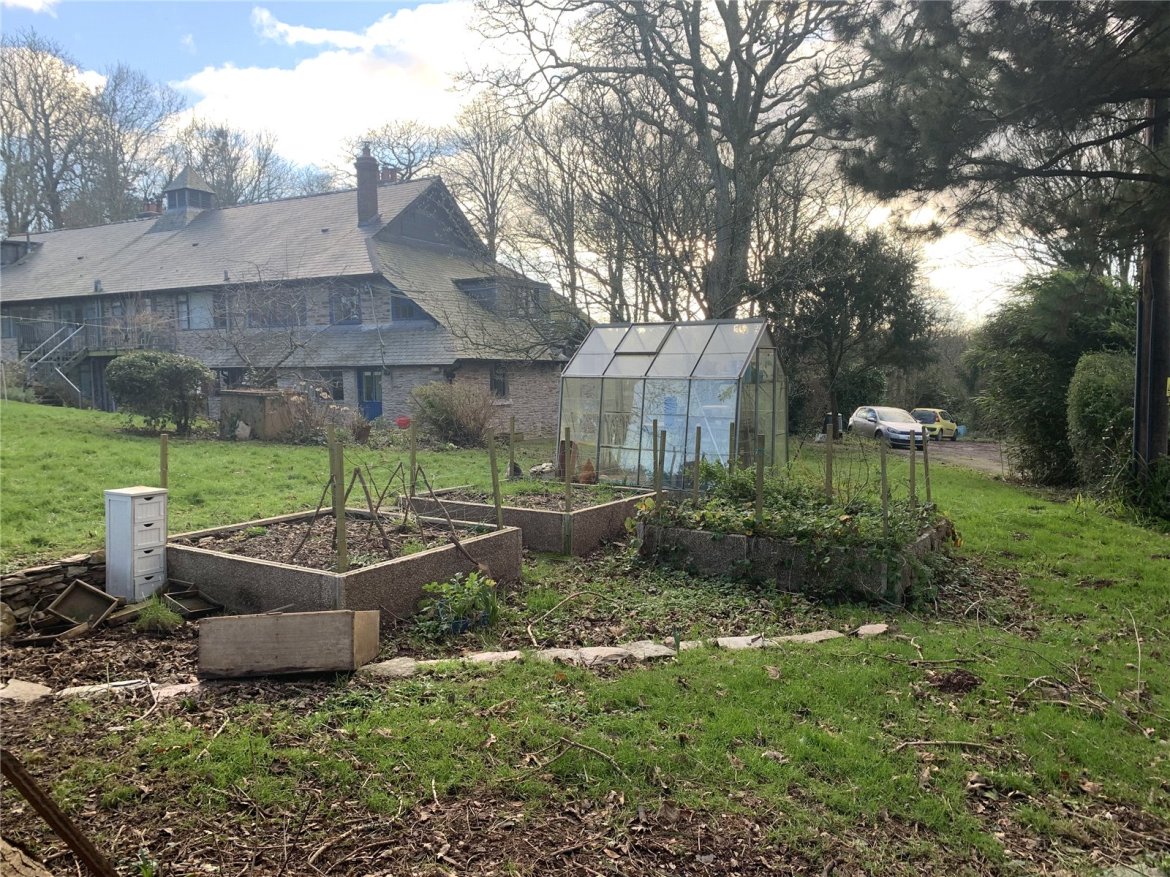 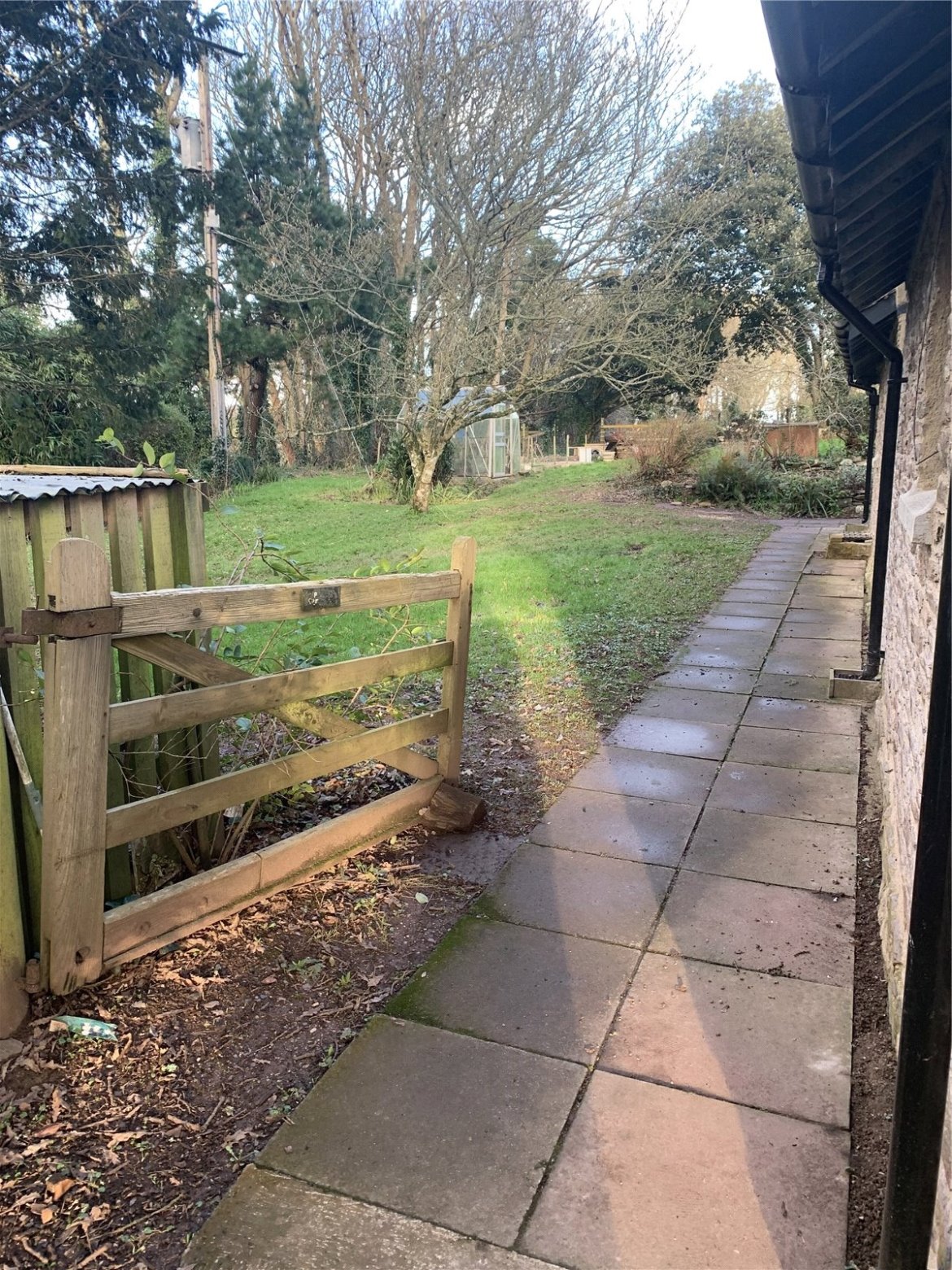 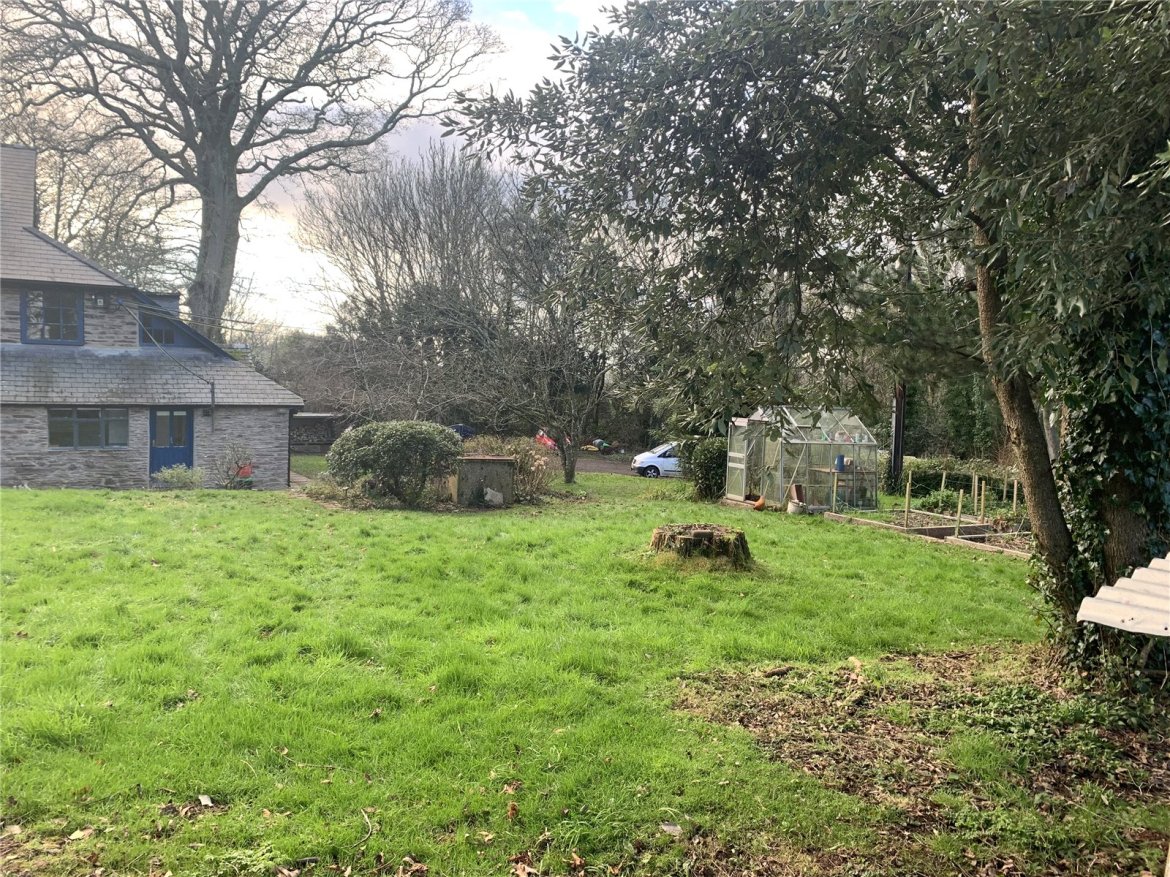 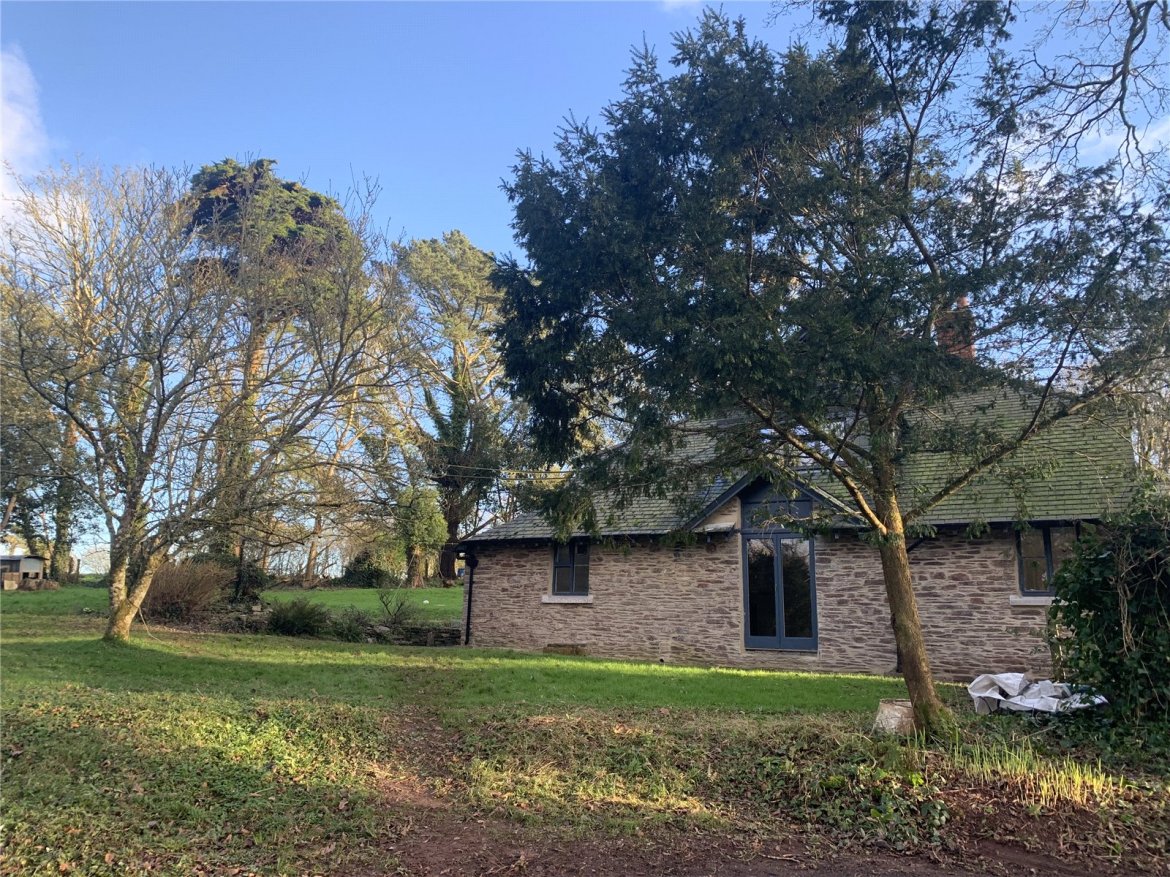 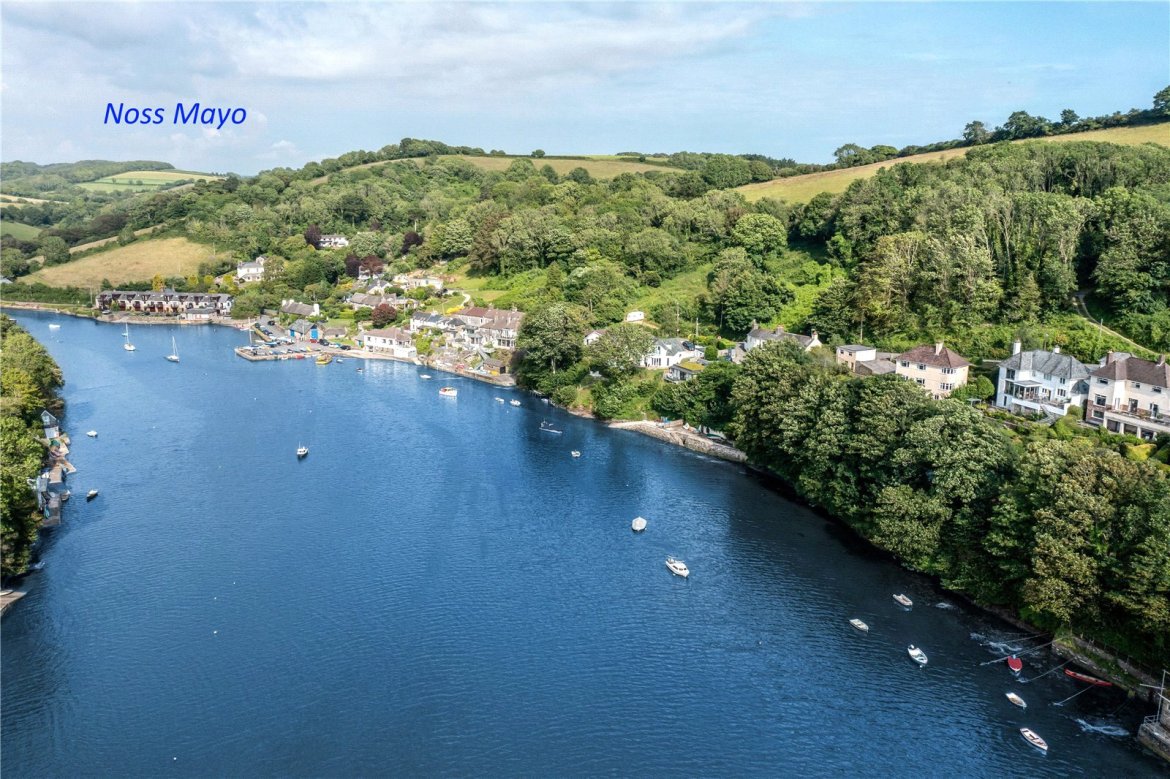 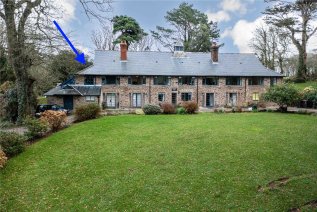 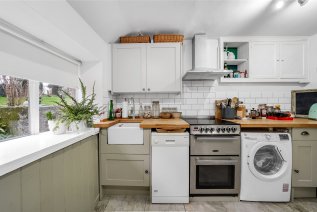 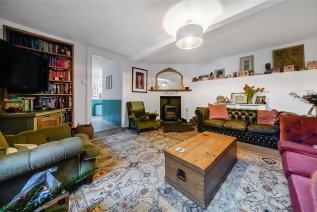 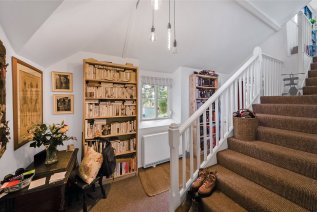 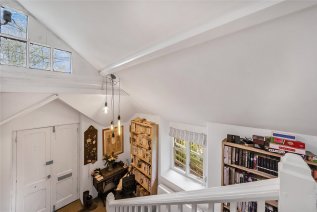 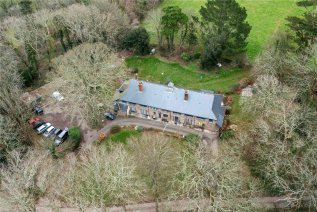 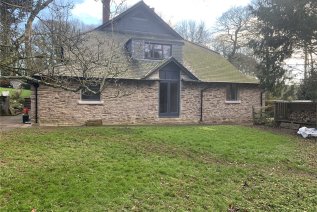 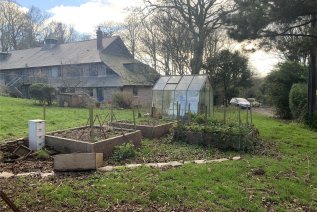 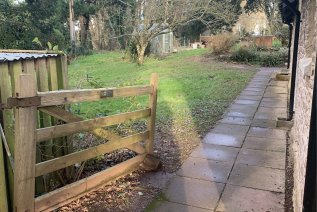 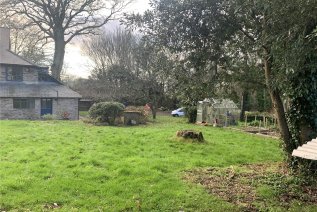 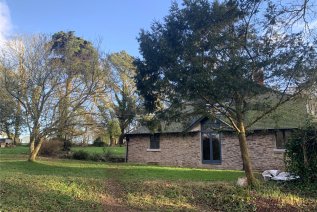 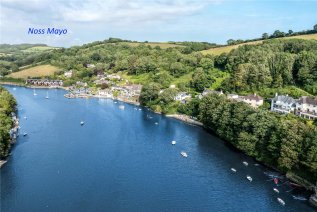 A characterful two bedroom end terrace house with generous private garden and allocated parking, set in mature grounds and woodland, within walking distance of the coast.

The property forms part of a substantial detached stone building, once the badminton court of the historic Membland Hall Estate, which has been divided into eight individual houses and apartments, it is thought, since the 1950s.

The Membland Hall Estate was once owned by the banker, Edward Baring, later Lord Revelstoke. Dating from the late 1800s, the hamlet is mentioned in Pevsner's respected Devon edition of The Buildings of England. Membland was one of the richest estates in Devon prior to the financial crash of 1890-91 but the estate was put on the market in 1895. The Hall passed through various owners until it was demolished in 1928.

Fortunately, most of the minor buildings, including this substantial building, survived, retaining the magnificent architecture that Membland has today.

Close to the coast and only a mile from the waterfront of Newton Ferrers, the hamlet of Membland lies in scattered woodland quietly located in the coastal countryside to the South Western corner of the South Hams Area of Outstanding Natural Beauty.

Within Newton Ferrers, and its twin, Noss Mayo enjoy a range of amenities which includes two churches, primary school, post office, Cooperative store, butchers, chemists, The Dolphin, The Swan and The Ship pubs and a very active yacht club. There are fine cliff top, river, woodland and coastal walks from the property, and Dartmoor National Park is just a short distance away.
The historic and vibrant city of Plymouth is within easy commuting distance. Its large university has a number of world class faculties and both medical and dental schools. The outstanding Theatre Royal has a national reputation. There is a regular train service to both London and the north, and ferries running to France and Spain.

Entrance to the grounds is strictly by prior appointment. Strictly by appointment with the sole agents, Marchand Petit, Newton Ferrers Office. Tel: 01752 873311

Directions
From the A379 in Yealmpton, take the B3186 to Newton Ferrers. After approximately 2 miles, take the left turn to Membland/Noss Mayo. At the bottom of the hill, at the head of the creek, turn hard left and proceed to Membland. Upon reaching the old stone buildings on each side of the road continue through the hamlet and rise up the hill. The property is the last on the left before leaving the hamlet for the coast road. 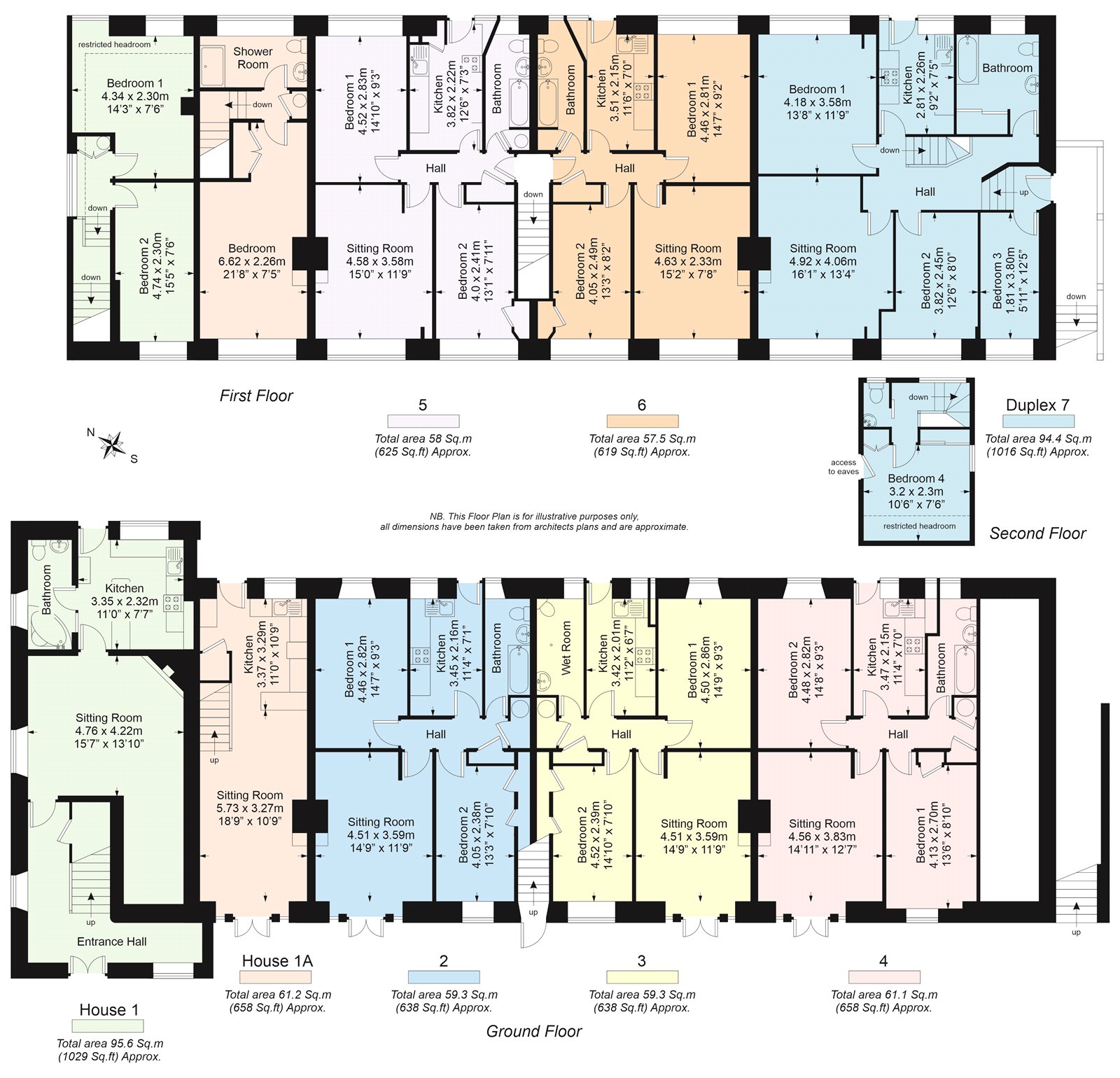